Vreden/Poříčí nad Sázavou, 19th July 2017 – International production with development potential: 25 years ago, KEMPER GmbH established its first location for the Eastern European market. Initially set up as a pure sales office, the KEMPER spol. s r.o.  developed into the first international production site. The company carries out all sheet metal processes up to powder coating. The site was instrumental in the development of KEMPER group thanks to the steadily increased capacity. The expansion continues in 2017.

“In addition to our headquarters in Vreden, to this day KEMPER in the Czech Republic is the most important location for us”, emphasizes Björn Kemper, Managing Director of KEMPER GmbH. “The production at this site has been jointly responsible for the growth of our entire group over the past 25 years and specifically in the most recent past.“

Whilst plant construction and final assembly of the products occur in Vreden, KEMPER manufactures all sheet metal components in their own factory in Poříčí nad Sázavou near Prague. The services at this site include the complete sheet metal working of the components for the extraction plants from laser cutting to edging and pressing. The production in the Czech Republic also has a powder coating plant. Furthermore, the site prepares the electronic system controls and switch cabinets. The extraction tables for cutting applications are also manufactured in the Czech Republic.

After the fall of the wall, KEMPER opened new markets in Eastern Europe and founded a sales office in the former Czechoslovakia on the 21st July 1992. Back then, many German companies relocated their welding workstations to this country - an interesting new market for the pioneer in welding fumes extraction systems. Three employees developed the sales for Eastern Europe. Market entry was difficult. There was hardly any awareness regarding the dangers of welding fumes, effective extraction technology was sought in vain. At the beginning, the great reputation with German automotive suppliers setting up new sites in the Czech Republic brought important orders.

1994 Start of production in the Czech Republic

As a result, KEMPER intensified its local activities. In addition to sales, the employees set up new structures for purchase of plant components. In 1994, KEMPER started its own sheet metal processing in a rented hall near Prague. “We were thus able to produce at much lower cost. Another big advantage was the proximity to the new Eastern European markets“, recalls Theo Hessing, Managing Director at KEMPER spol. s r.o. “Setting up production in the Czech Republic had a positive influence on the development of our entire company.”

The awareness of occupational safety during welding has since grown in Eastern Europe and therefore also the capacity utilization at the Czech plant. In 1995, KEMPER already employed 50 staff there. In 2000, the company started production in Říčany near Prague in its first owned production hall. The order situation improved once again after the decision was made in 2004 to carry out the complete sheet metal processing at the site. KEMPER invested again after the expansion of the machinery. In 2008, the manufacturer moved into today’s factory with 10,000 square meters in Poříčí nad Sázavou . In addition to the production of casing parts for extraction technology, the company also manufactures for external clients.

Stronger after the crisis

The worldwide crisis caused by the financial crash in 2008 also left its mark on KEMPER in the Czech Republic. Orders plummeted by 50 percent. Layoffs followed. The manufacturer, however, got quickly back to its winning ways. Today, the order situation for the entire company is so good, that the Czech production only works for KEMPER in Germany. In 2017, the site employs around 175 employees. Currently, there is a process of reorientation. The production processes are further automated to expand the series production of the extraction equipment. The manufacturer also makes selected components in an additional rented hall. “With an excellent order situation, these steps help us to further improve our delivery performance”, emphasizes Hessing. 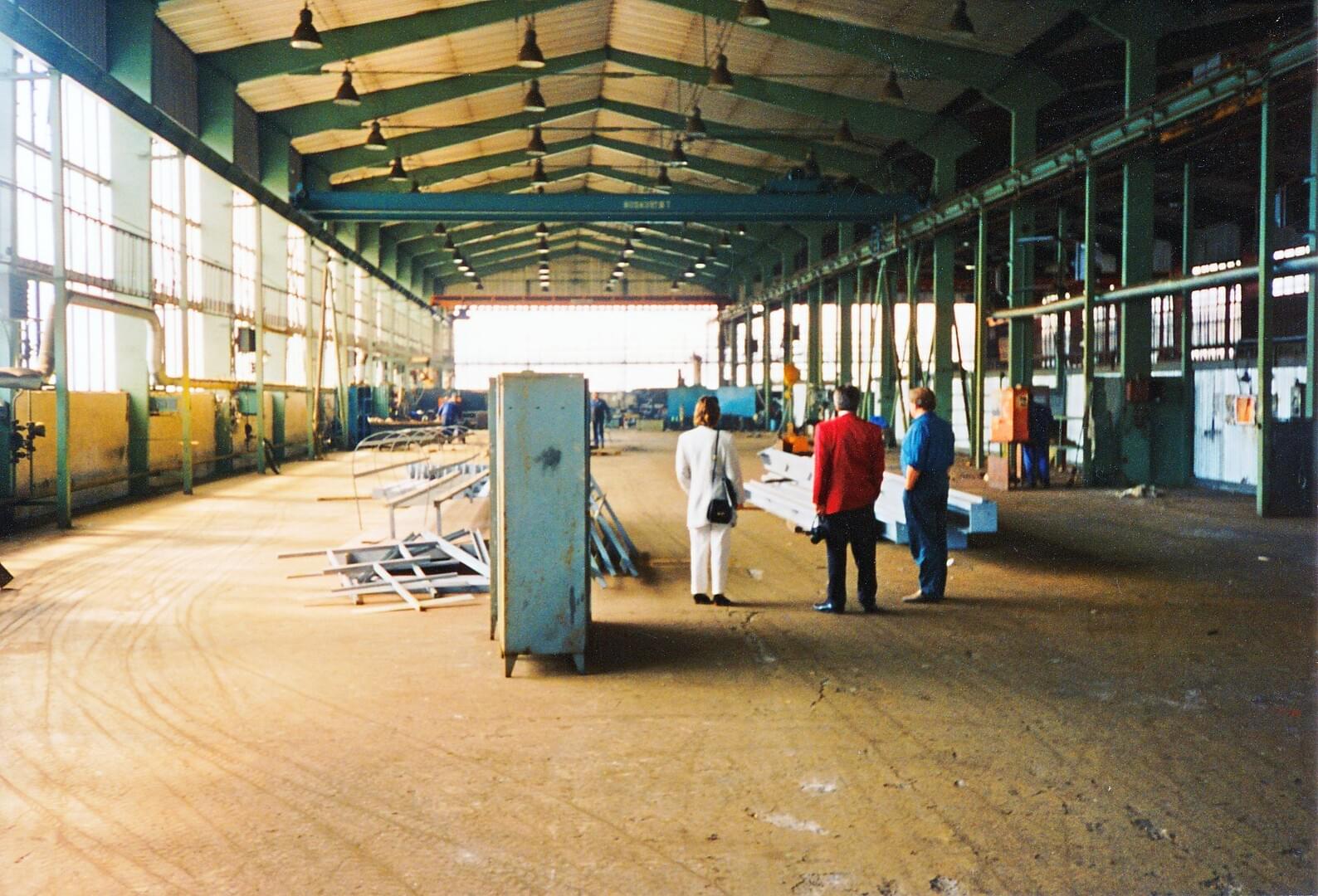