KEMPER scores with innovations in air purification technology at EuroBLECH

Vreden/Hanover (Germany), 7th November 2016 –  KEMPER GmbH has returned to their company headquarters in Vreden with great success at EuroBLECH. It was not just the number of visitors which increased in comparison to previous years. The manufacturer of extraction and filtration systems also managed to conclude several business deals during the tradeshow. In particular, the new networking concept KEMPER Connect which features automatic communication between the air monitoring system AirWatch and the room ventilation system CleanAirTower managed to capture the visitors’ interest.

Based on the feedback received from tradeshow visitors, Björn Kemper, Managing Director of KEMPER GmbH, concludes positively: “We are on the right track with our aim to ensure clean air in production halls. We want to continue on this path with the success from EuroBLECH moving us forward.”

More visitors than two years ago

The number of visitors alone increased by more than 20 % in comparison to the tradeshow two years ago. By the end of the second day at EuroBLECH, KEMPER had recorded an unusually high flow of visitors which continued to increase by the weekend. Concluded business deals during the tradeshow without previous quotation phase - normally a rather rare occurrence - confirm this. For example, the room ventilation system CleanAirTower sold more than ten times - sometimes in combination with the air monitoring system AirWatch.

KEMPER put the tradeshow focus on Occupational Safety 4.0 and this paid off quickly: “We noticed a strong need for automated solutions in air purification technology”, outlines Kemper. With KEMPER Connect, the company presented a networked system for the first time. The air monitoring system AirWatch continuously measured the air quality in and around the booth during the tradeshow and controlled the room ventilation system CleanAirTower automatically via the KEMPER radio network. KEMPER continuously displayed the current fine dust values on a screen. KEMPER was awarded the EuroBlech Award in the “Clean Technologies” category for AirWatch.

It was not just the future technologies that impressed. KEMPER also got positive feedback for their established extraction systems and filtration technology. With the PlasmaFil Compact, the company showcased a system for permanent operation during flame and plasma cutting applications. Thanks to innovative plate filter technology, the extraction system has a much longer service life than conventional systems. Hazardous substances are extracted automatically into a BigBag by the filter system without any contamination.

The revised version of the wall-mounted extraction system MaxiFil also impressed visitors. Space-saving, it can also be integrated into any production environment. The system is suitable for regular welding with average welding fumes quantities. With the new respiratory protection system autoflow®, KEMPER also presented a new solution for improved personal occupational safety. The fan unit can be combined with the welding helmets autodark Air®  660i, 660x and 760 and is available from spring 2017. 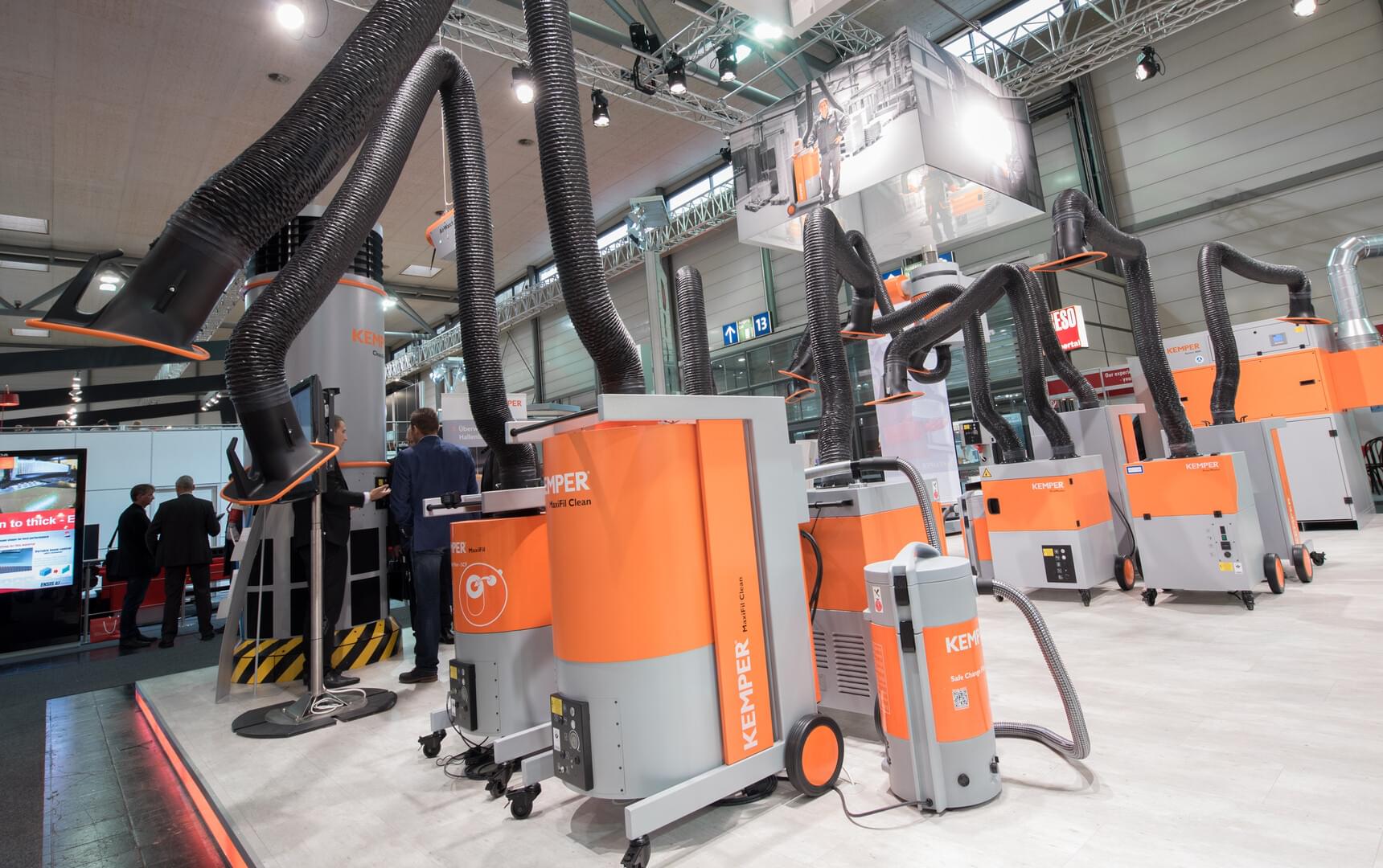