A leap in efficiency for extraction systems: KEMPER launches the WeldFil series on the market

Vreden, December 20, 2018 – A leap in development for extraction and filtration systems: With its WeldFil series, KEMPER is taking its portfolio of central extraction systems into the digital age. The manufacturer is not only making the systems Internet compatible, but also comprehensively optimizing them with regards to expenditure of energy, maintenance needs and design. The WeldFil series replaces the previous central 8000 and 9000 extraction systems.

“By launching the WeldFil series, we have set a new benchmark regarding efficiency and digital revolution for central extraction and filtration systems,” emphasizes Björn Kemper, the managing director of KEMPER.

The WeldFil series can be divided into the smaller plug and play version WeldFil Compact as well as WeldFil for larger installations. A new construction enables simple access to important components such as the fan, the filter cartridges or the compressed-air maintenance unit. This results in a reduction of maintenance costs for the system operator.

KEMPER comprehensively optimizes the combination of motor and fan. Its new and more efficient interaction has allowed the system constructor to reduce the motor power in some cases up to 40 percent, from 37 down to just 22 kW. The new systems are thus particularly energy efficient.

These optimizations streamline the extraction system portfolio overall and assistance for specialist dealers will become significantly easier. The WeldFil series also meets all company requirements regarding volume flow and filter area. With their low noise emission of maximum 65 dB(A), KEMPER installations remain the quietest on the market, just like their predecessor models.

Predictive Maintenance due to IoT compatibility

The new WeldFil series has made the leap into the Industry 4.0 age with its new sensor technology and a cloud-based Internet-compatible control module. Important information such as differential pressure, temperature or residual dust monitoring are easily retrievable over the Internet. “In this way, we make automated, rule-based processes possible for central extraction systems,” Kemper explained. “Predictive maintenance becomes reality for extraction technology.”

KEMPER notes the generation change in central extraction and filtration systems by introducing a modern system design. This makes maintenance of the installations easier, too. A new base frame offers better corrosion protection, particularly when installed outside.

It is more than 25 years since, with its 8000 System, KEMPER brought the first fully-integrated filtration system for welding fumes extraction onto the market. After its introduction in 1992, its systems technology was successively further developed. With its larger 9000 sister plant, the portfolio for central extraction systems was expanded for greater quantities of fumes and dust. KEMPER’s systems technology remains the industry standard to this day, due to the horizontal mounting of its filters. And last but not least, KEMPER is now repositioning its portfolio. WeldFil achieves a direct link to the core application area - welding fumes extraction. 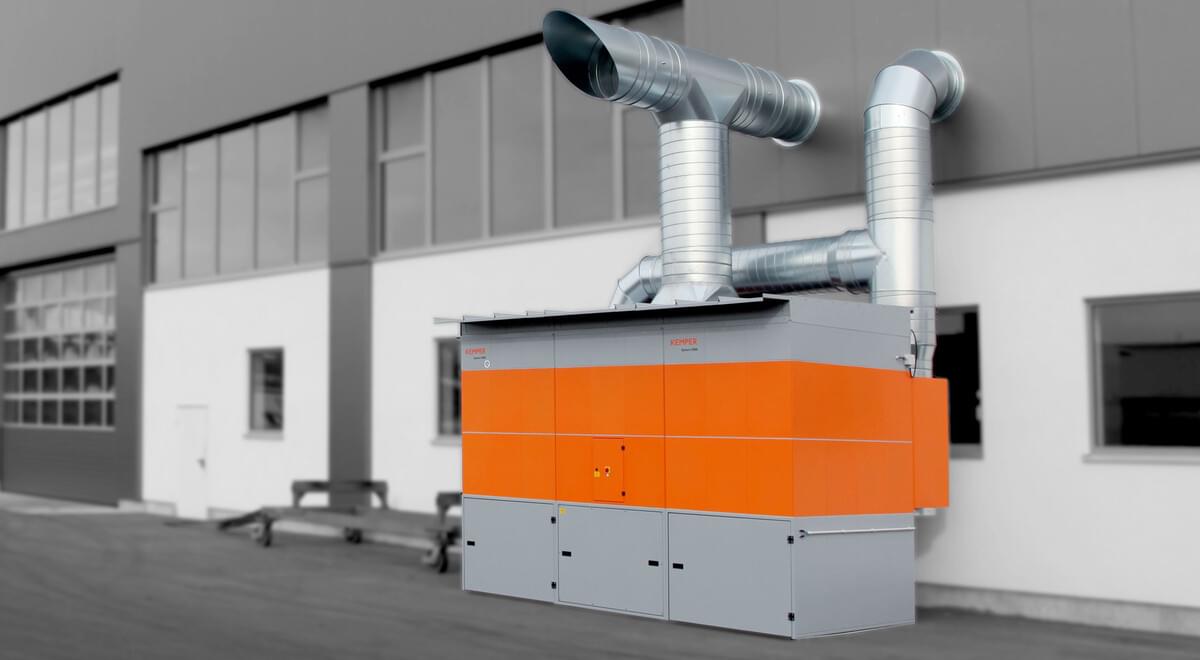