An error has occurred

Vreden, 17 March 2017 - clean air in metal processing: 40 years ago, KEMPER GmbH started on its mission for clean working environments. From a one-man operation, the manufacture of extraction systems and filter systems has now become world technology leader in welding fume extraction. Founder Gerd Kemper established spot extraction systems in Germany against considerable resistance, and later on beyond the German borders. To this day the family-managed company is considered to be a pioneer of clean air technology. Industrial safety is currently leading the family company towards a networked age.

"Our mission is a long way from being finished. The need for clean air in the working environment continues to increase" underlined Björn Kemper, CEO of KEMPER GmbH. "40 years ago we were just pleased to find that welders understood the health risk at all. At that time, nobody ever thought that we would be able to determine the size of fine dust particles by now."

From mobile filter units through central extraction systems, filter technology for ultrafine particles, indoor ventilation systems right up to air monitoring units: KEMPER has continuously been launching new innovations on the clean air technology sector on the market for 40 years now. To date, the company has fitted out more than 100,000 companies in around 50 countries over and above the main market of Germany, which still remains the most important market. The company currently employs 300 staff worldwide having started out as a one-man operation. With this background, the manufacturer is listed in the world market leader index at the St. Gallen University.

This development was in no way predestined at an age of increasing environmental awareness in the 1970s. "Everyone was talking about more environmental justice and a better working world. Nothing ever actually happened though", recalled founder Gerd Kemper. After his business training, it quickly became clear that he wanted to found a company which produced technical products. During his work for a Swedish company, he discovered the first extraction units in the Scandinavian country. There, the dangers of welding fumes were already known. His business idea for Germany was born. In his home garage he constructed the first spot extraction system in the German-speaking countries for collecting the unhealthy fumes directly where they were created - a principle which is still being recommended for welding fume extraction by the employers liability insurance association to this day.

At the beginning, the propagation of this technology turned out to be very difficult. In Germany, welding fumes are considered to be completely nonhazardous. Ironically, the first contract was cancelled by the workers' own veto. The workers were afraid of losing their daily milk ration - at that time a bottle of milk at the end of the shift was considered to be a detoxification method against "Monday fever", which is of course now considered to be completely without scientific foundation Gerd Kemper did a lot of educational work, spoke in factories, lectured at association meetings, visited technical colleges. The new generation of welders carried the idea into their companies. 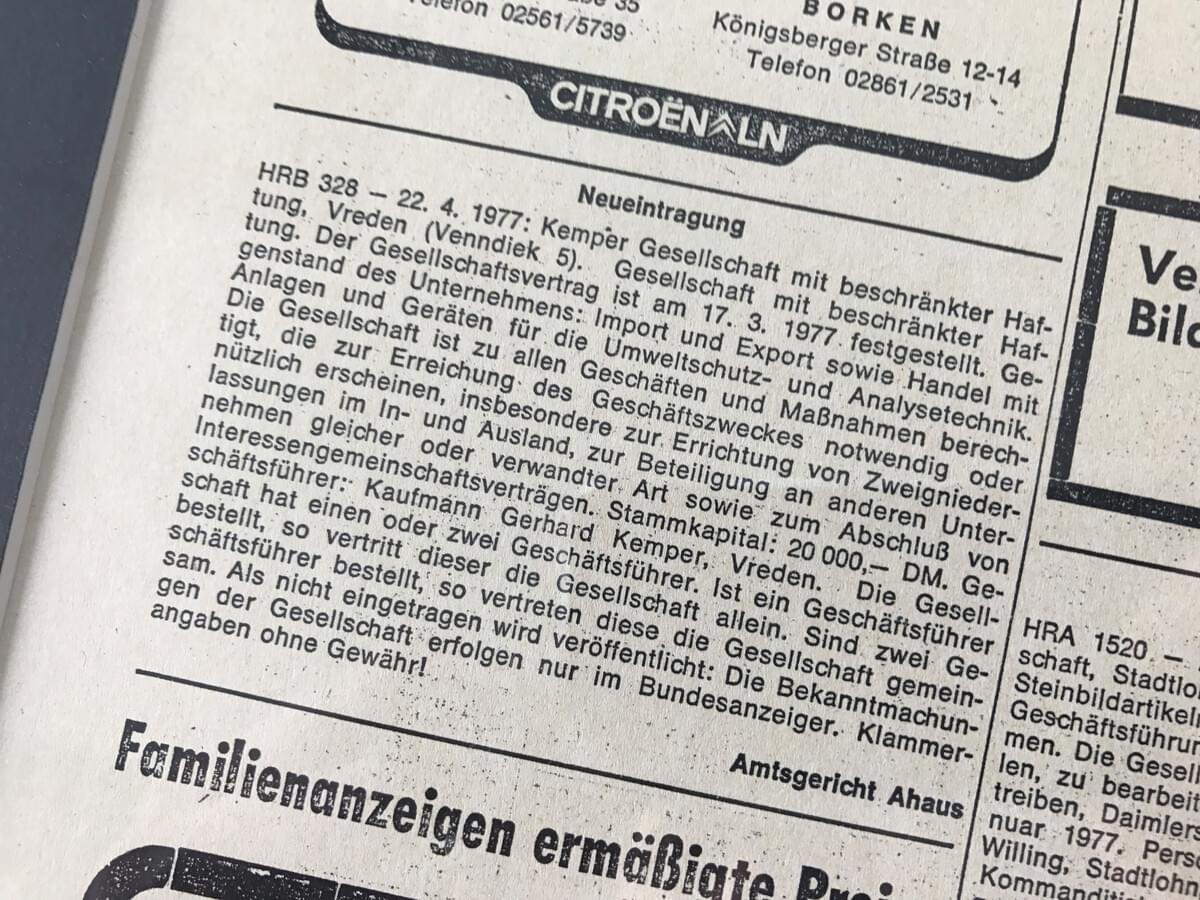 The company grows thanks to increasing turnover: it constructed the first production hall in 1983. Thanks to its reputation, especially as an automotive supplier, KEMPER moves abroad parallel to the whole industry. A good 10 years after its founding, the international expansion strategy started with the founding of two subsidiary companies in France and the USA. Once the company had passed the hundred staff mark, KEMPER moved into the current office building and founded a subsidiary in the Czech Republic in 1992. This became the first international production location and was further extended in 2008.

In parallel, KEMPER deepened its technical know-how in the clean air technology sector. In 1989 the company presented a new series of units for welding fumes in both mobile and stationary versions. In 1992, KEMPER developed the first compact central extraction system, the System 8000, with its own control unit. This is still considered to be the basis for further developments in central extraction systems with its building block principle, which takes individual customer requirements into consideration. The first mobile filter device with cleanable filter is launched in 1993. In the middle of the 1990s KEMPER develops the extraction arm, which has become an industry standard by now, with a flange-shaped extraction hood. This has been sold more than 130,000 times since this point. 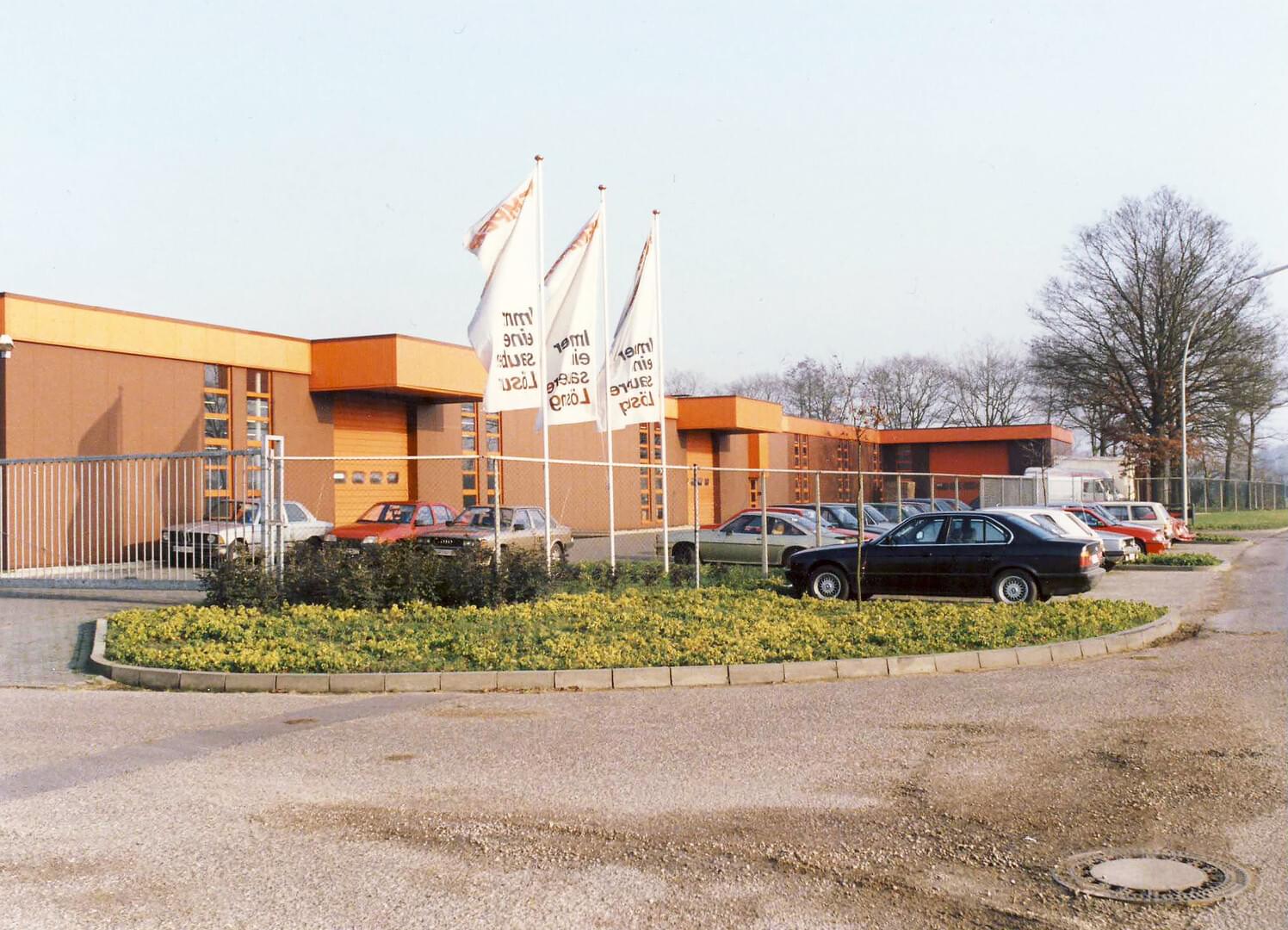 Sales slump due to financial crash 2008

Business took a turn for the worst after the financial crash 2008. Sales slumped by more than 40% from one year to the next. "The most difficult phase in my time as an enterprise are in a family-led environment" said Gerd Kemper. However, management and workers alike pulled together during a phase of short-time work. KEMPER quickly works its way out of the hole. Sales growth, which was sometimes in two figures, followed in the recent past.

KEMPER remains true to its pioneering spirit. For the first time, the manufacturer launches products with a contamination-free dust collection for safe disposal on the market in 2013. KEMPER further develops filtration technology with regard to higher performance capability. In 2016, the company guided industrial safety into the age of Industry 4.0. The AirWatch air monitor system is capable of controlling extraction systems and indoor ventilation systems completely automatically. Consideration of the entire hall air over and above individual workplaces is now more and more in focus, said Björn Kemper: "Effective industrial safety is an increasingly important argument for company works in the sense of employee satisfaction, acquisition and bonding." 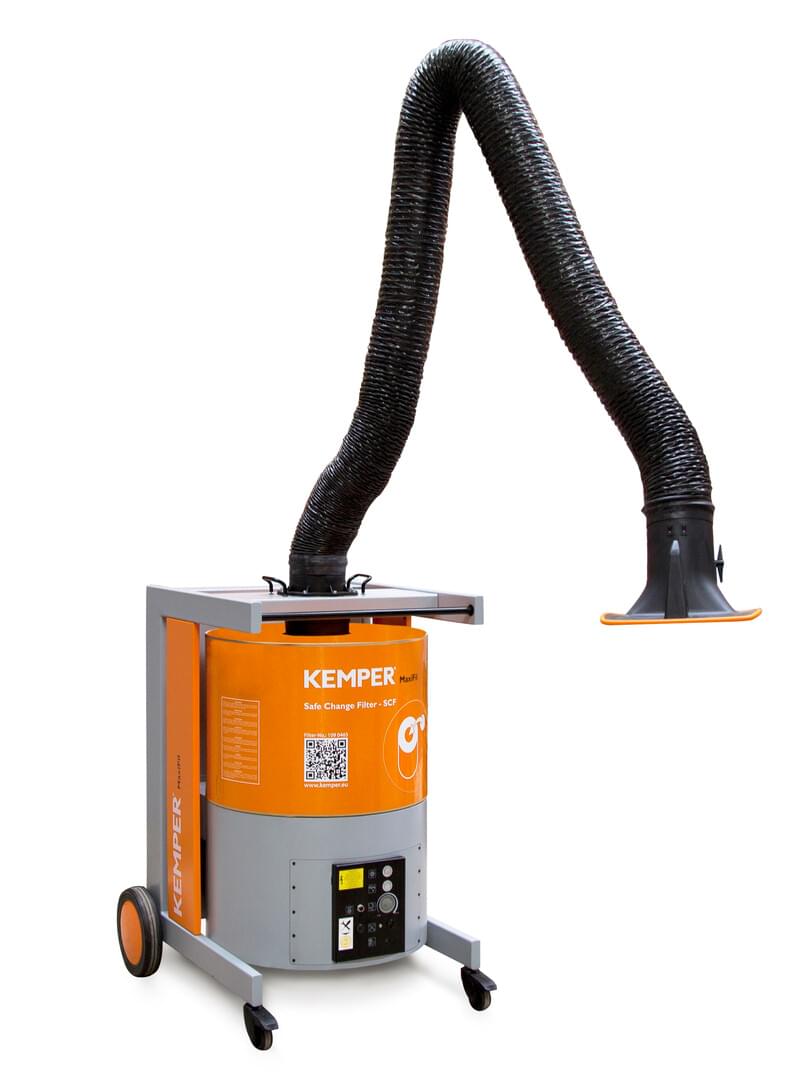 Just fill out the form. We will contact you as soon as possible.